The project is an approach to reconsider Karlsplatz as an experimental urban field, with Karlskirche as the undisputed centre.
Wien Museum Neu is entering talks with the heritage building. – Haerdtl building – and urban life at Karlsplatz. The existing building is to be covered by a glass body. The shell creates an interspace which urges visitors to consider the past.

The museum's reconstruction – slightly to the west of the Haerdtl building towards the Karlsplatz square and along Lothringerstraße – is an informal, free and almost fragmentary development.
Three structures stand freely on a podium which protrudes50 cm out of the ground. The podium reveals the subterranean exhibition space.This is where the large, permanent exhibition will be housed. Inside, it becomes clear that two of the vertical structures pass through the ceiling of the base and extend to the ground where they are firmly anchored.

The base itself is an accessible space – largely public.

Intricate ramps which only touch the heavy structure at points offer additional connections to the square. The above-ground structures are freer and more porous than the supporting base. These are also partially covered with glass, enabling people to look inside the buildings, making the museum more public and amorphous. The new construction is fragmentary and could be conceived further into Karlsplatz.

The ensemble is intended to become an important part of Vienna life.The podium’s open space and the interspace of the outer shell hull act as intermediaries between the building and the surrounding area. They enable the building to merge with life at Karlsplatz. Public life is intended to unfold in these public areas. 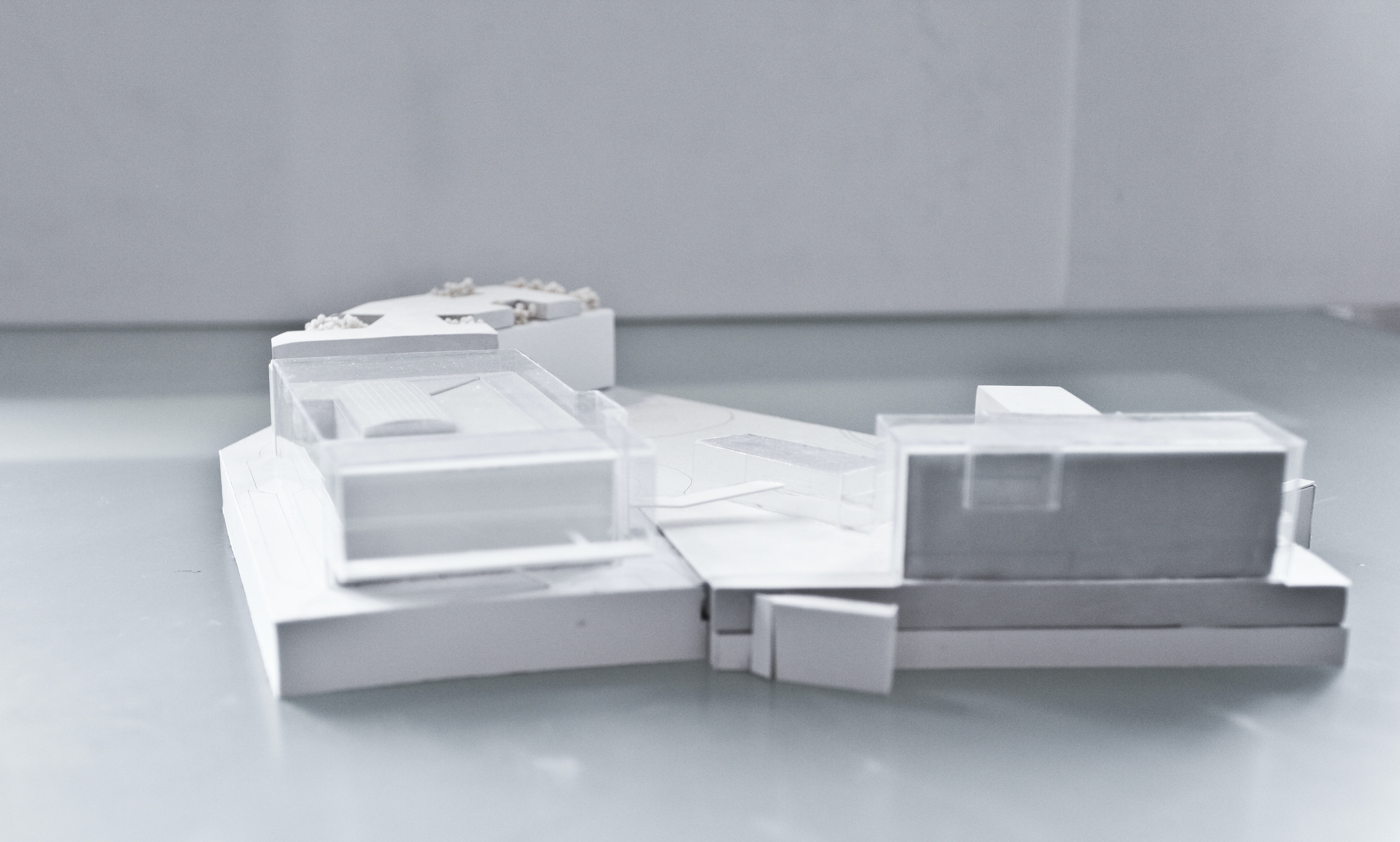 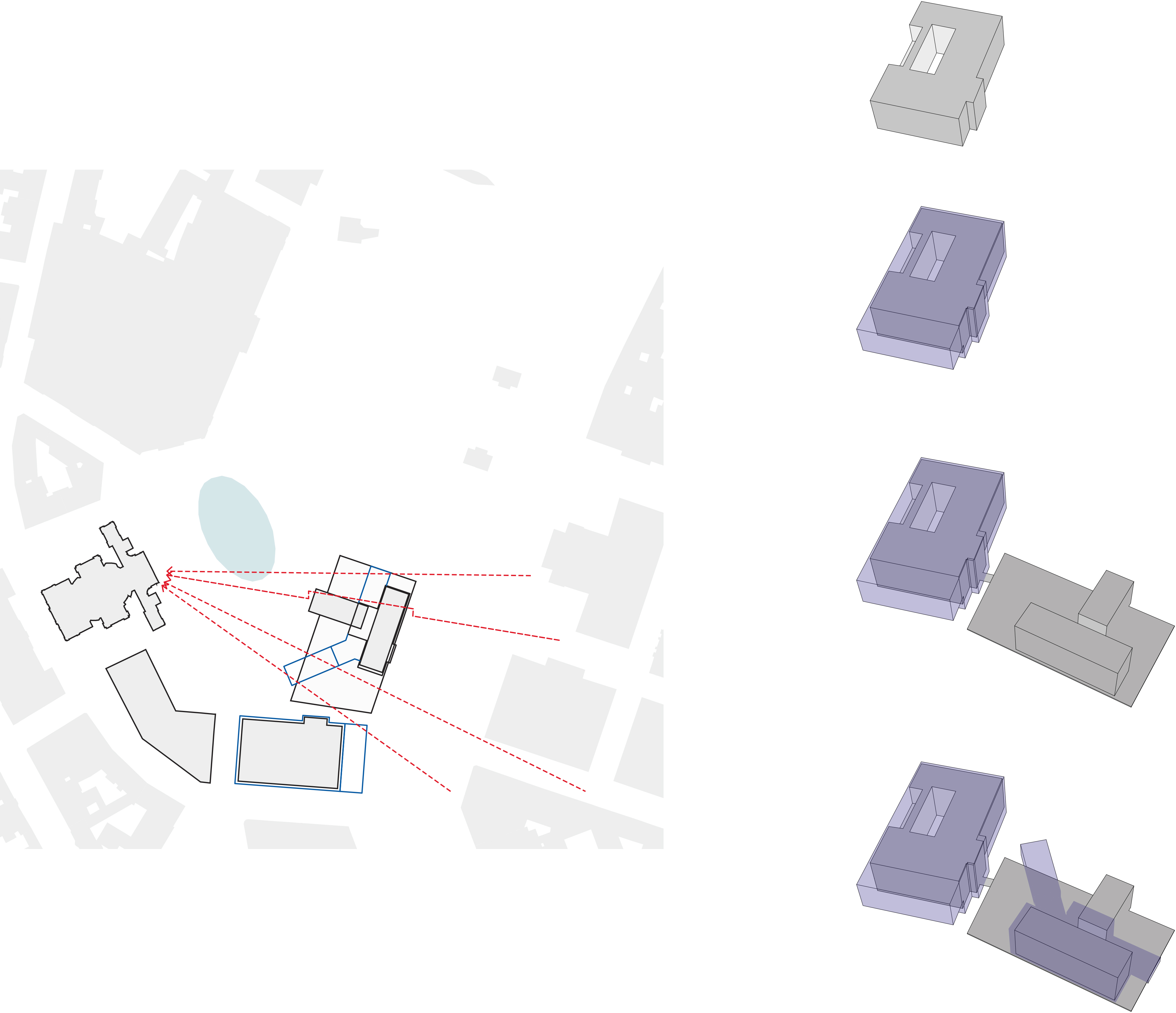 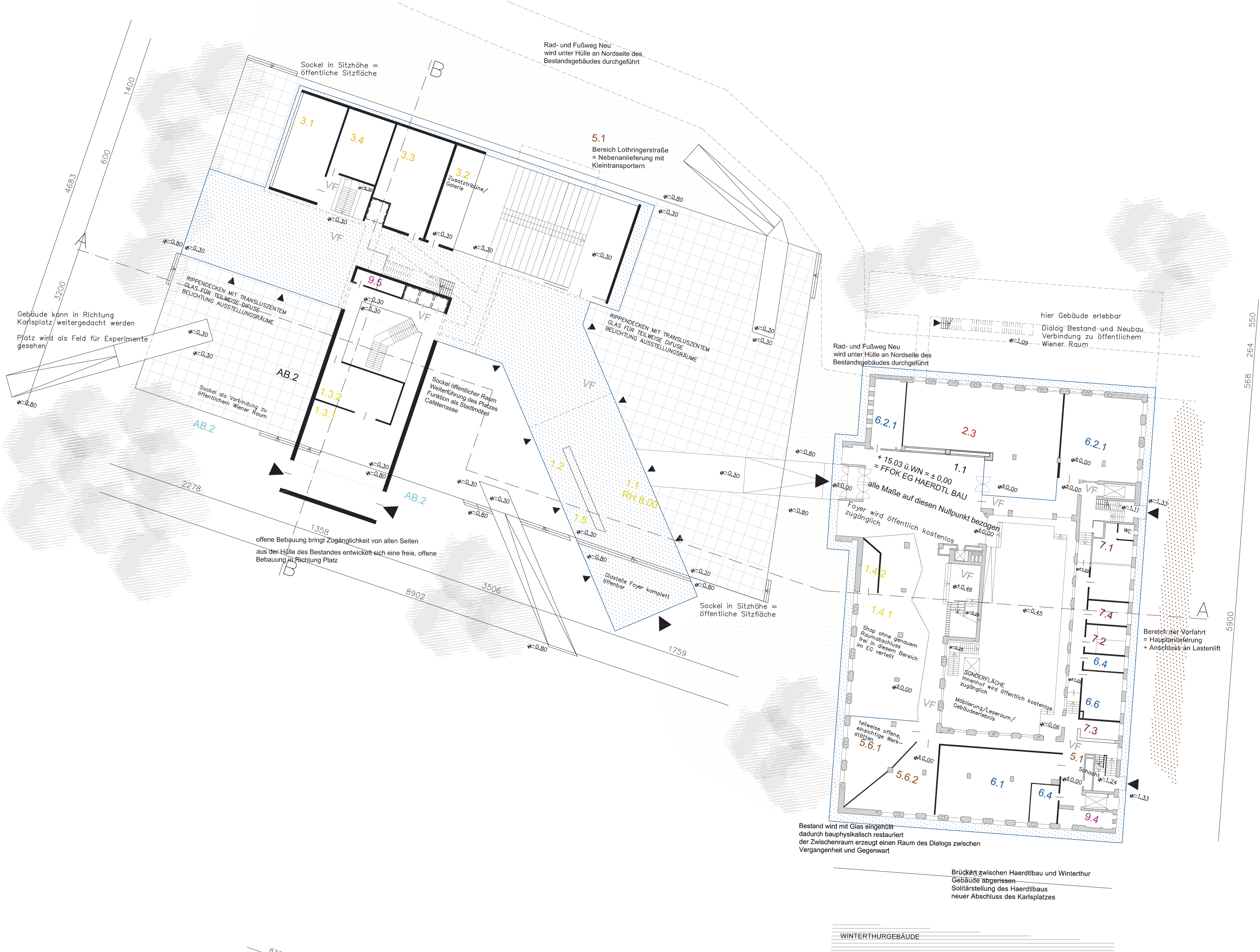 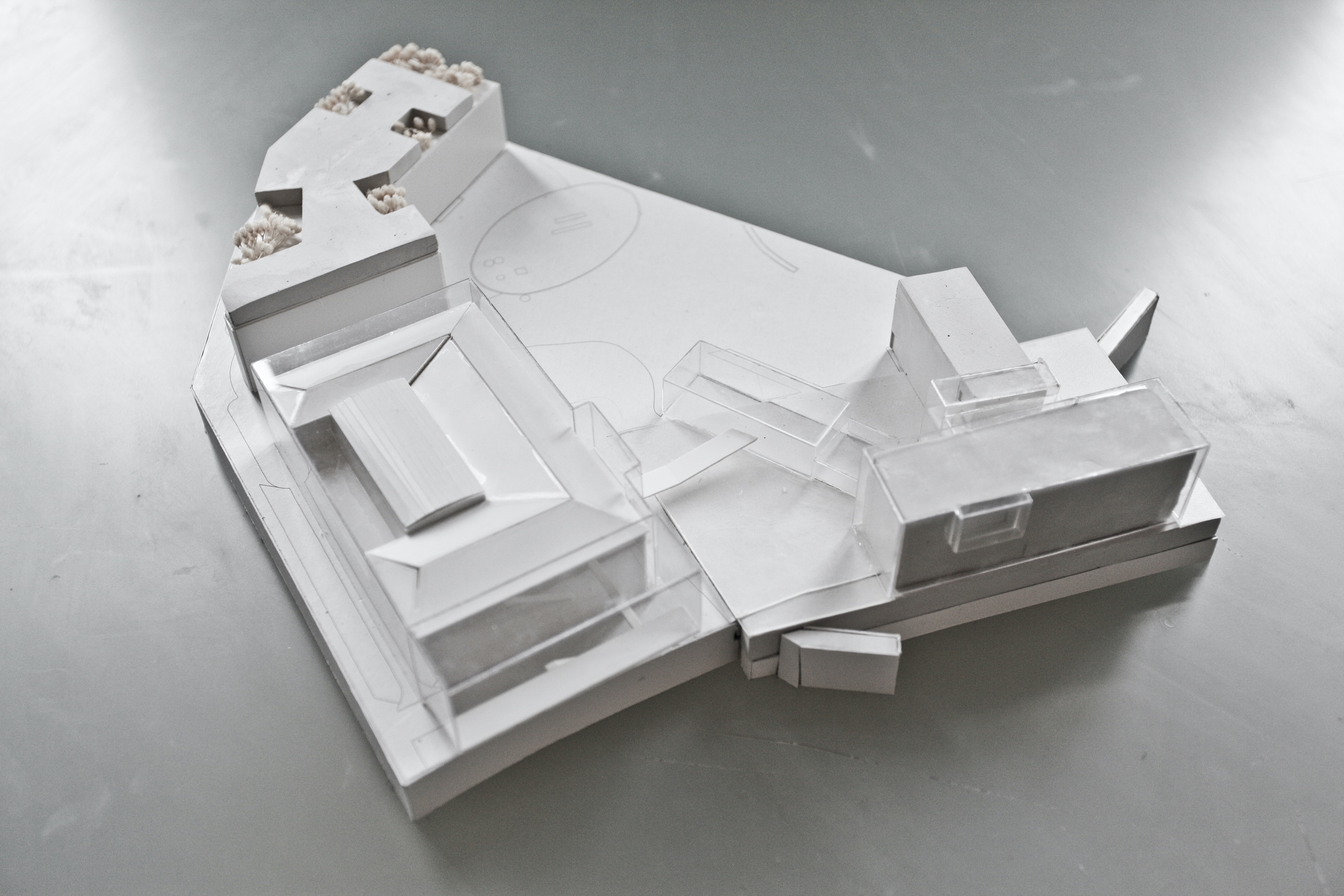