The Auwirt has been at the centre of the town of Aurach since 1835, located directly on Pass-Thurn-Straße on the Jochberger Ache river.
Since it was first constructed, the inn has been rebuilt and extended in numerous stages. These measures have weakened the inn’s framework, both architecturally and structurally. With a new owner, the existing building is to be revitalised and to receive a new annexe.The existing building was essentially stripped back to its 1835 dimensions. The core of the stairwell was removed, the toilets were renovated, the kitchen expanded, as far as possible the old guest area was left as it was and was supplemented with a new bar. The bar in the guest area acts as an intermediary between the old and new buildings. Heading to the south, you enter the bar and the new build.

The new guest area is divided into three sections which can be separated using textiles. The western area acts as a further intermediary between the old and new buildings - a contemporary interpretation of an Austrian inn with narrow, high window openings. To the south-east, the space opens up with large sliding elements and a view of the Ache. It then continues to the east with a large terrace and access to the garden. The kitchen, as a functional centre of the construction, is a spatial link between the old building and the new annexe. On the ground floor are rooms for storage, utilities and staff, while the guest rooms are located on the two upper floors of the existing building.

The new building will be constructed as a solid structure. The core-insulated concrete panels remain visible from the inside and outside – with vertical shuttering. In the attic area the formwork turns into horizontal boards – the building's system is clearly apparent. The floor and ceiling of the new lounge is finished in dark oak. The lighting in the guest area subtly exhibits the visual concrete elements and creates a uniform, unobtrusive mood – built-in light fixtures and fashionable lighting effects are deliberately eschewed. The furnishing of the guest area contrasts with the elementary architecture – soft, ornamental substances form curtains, room dividers and benches.

In cooperation with architect Andreas Volker. Photos by Florian Holzherr. 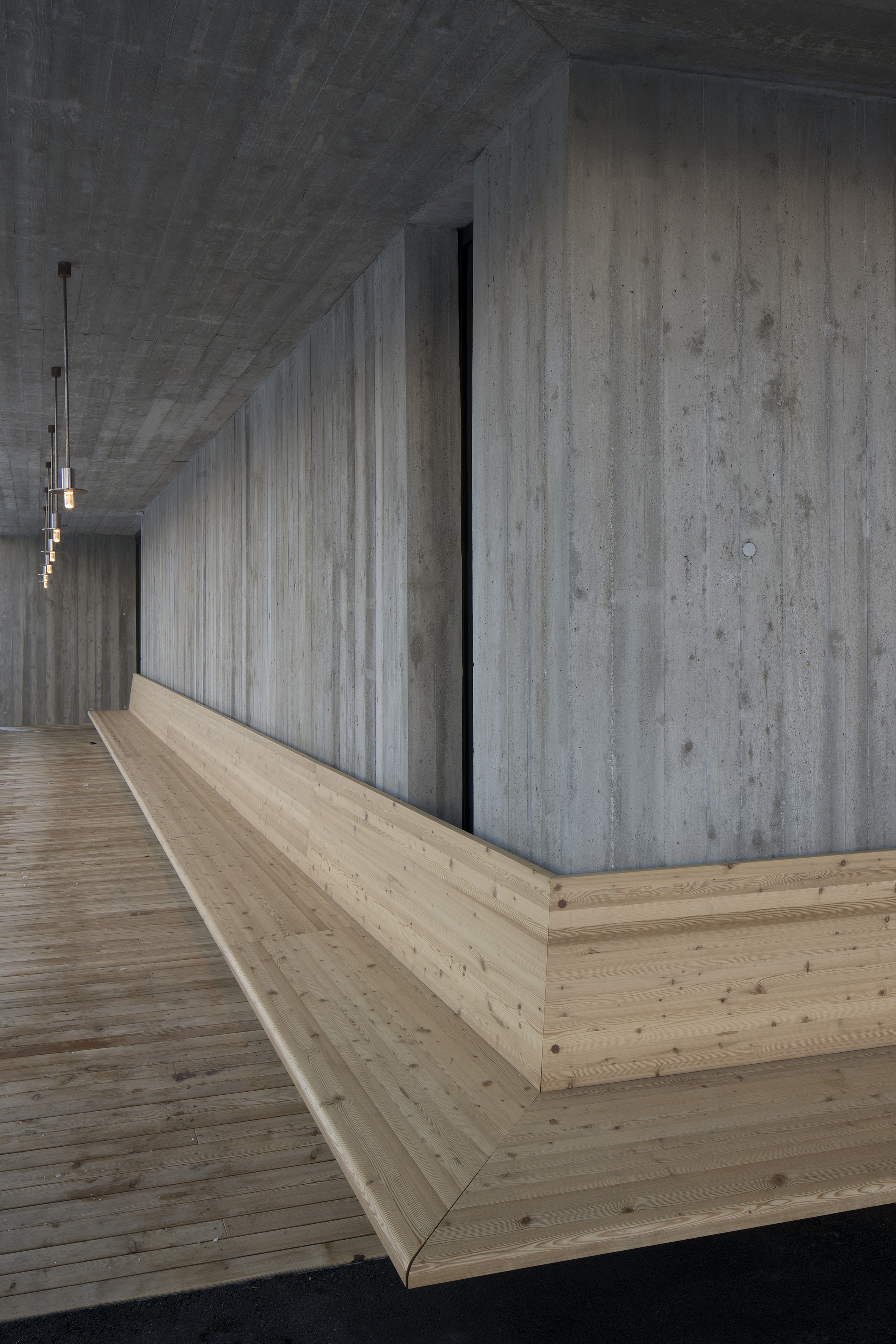 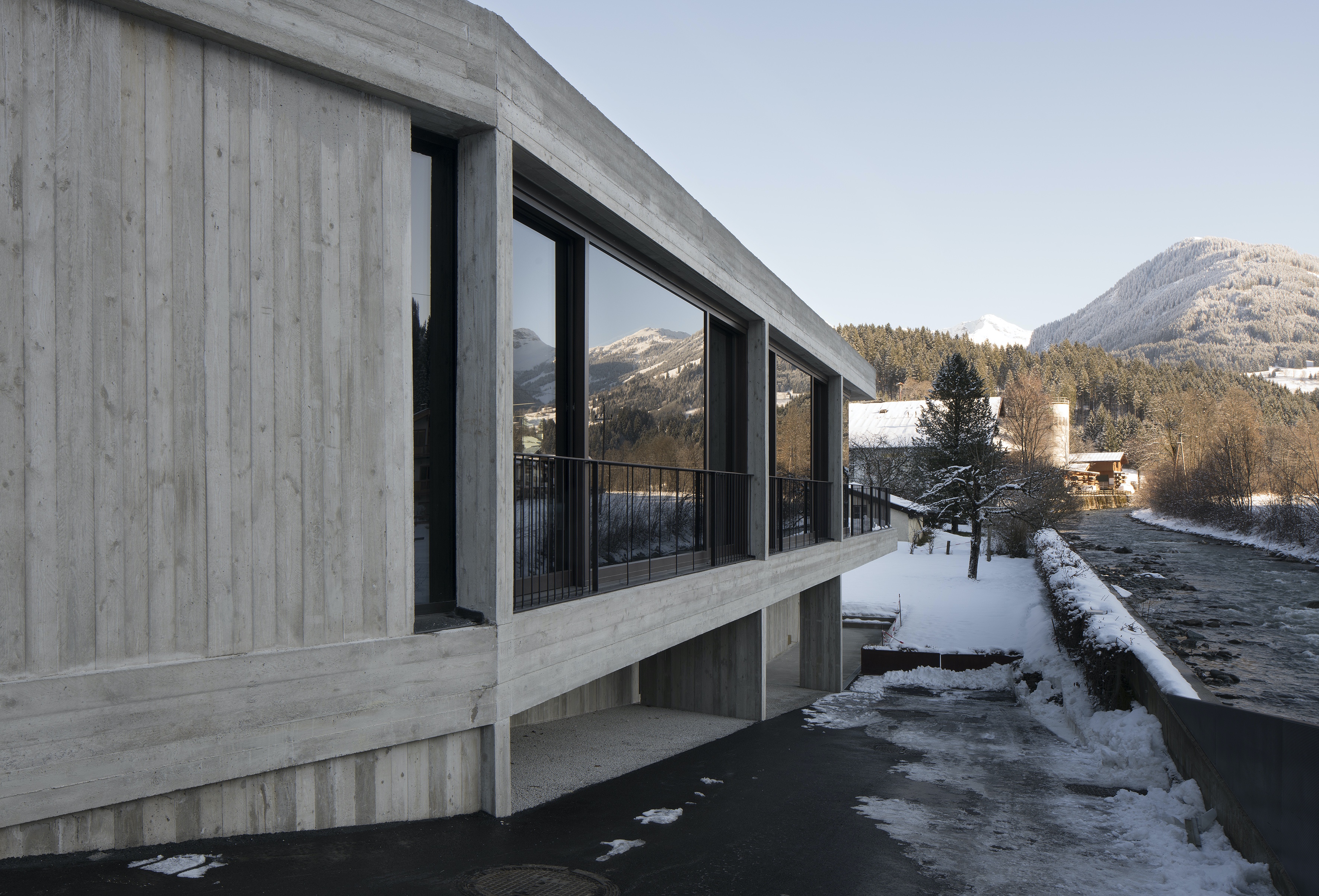 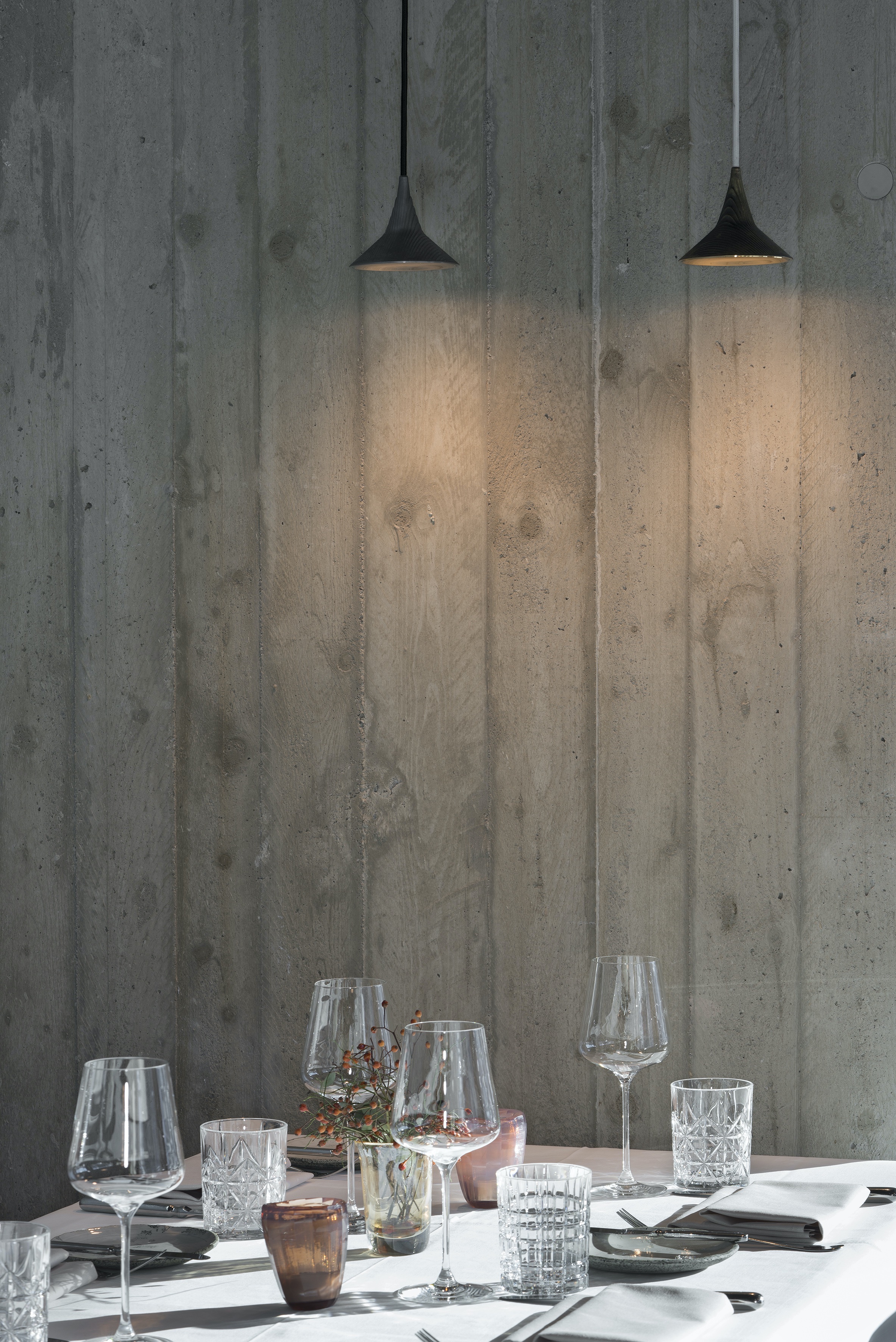 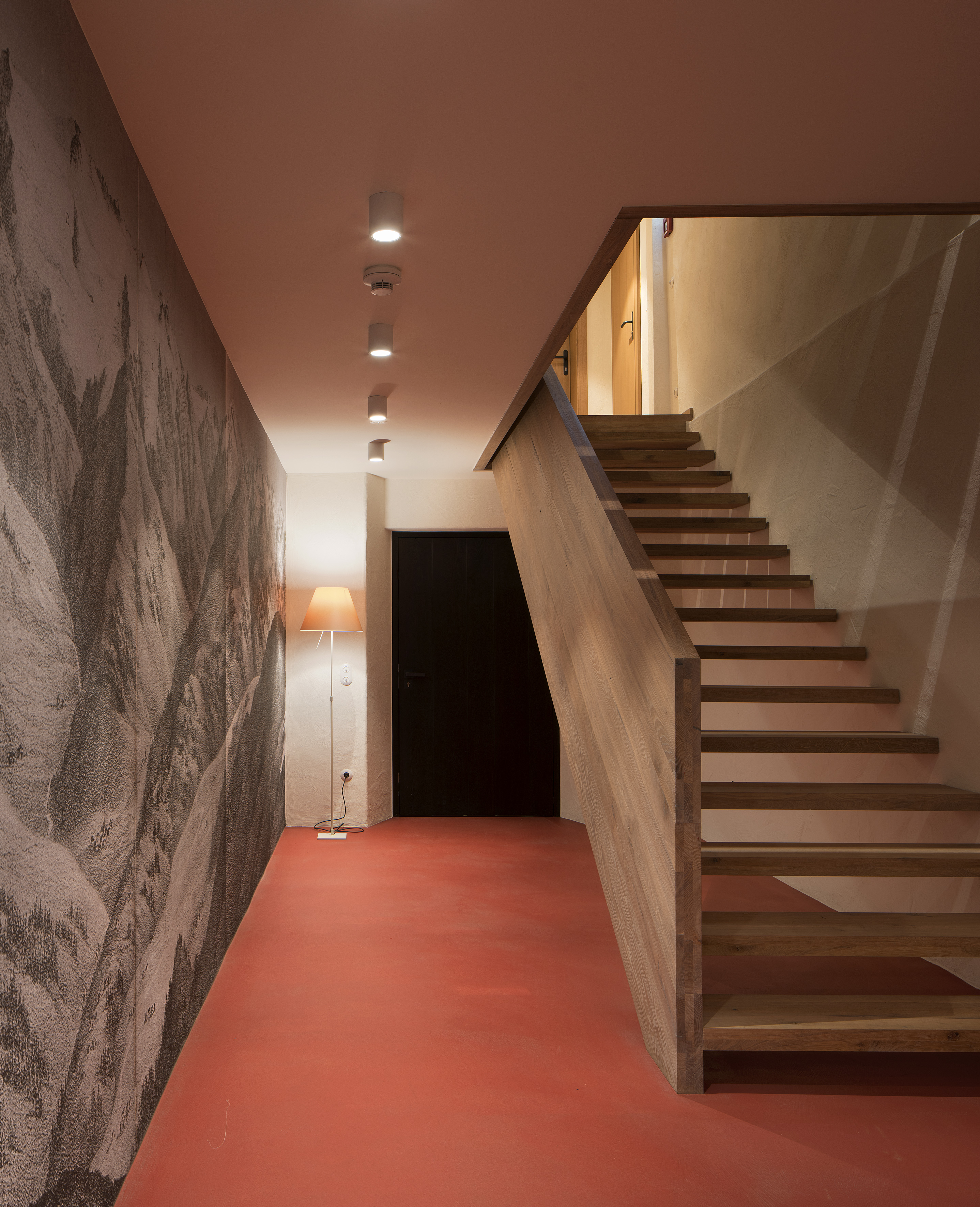 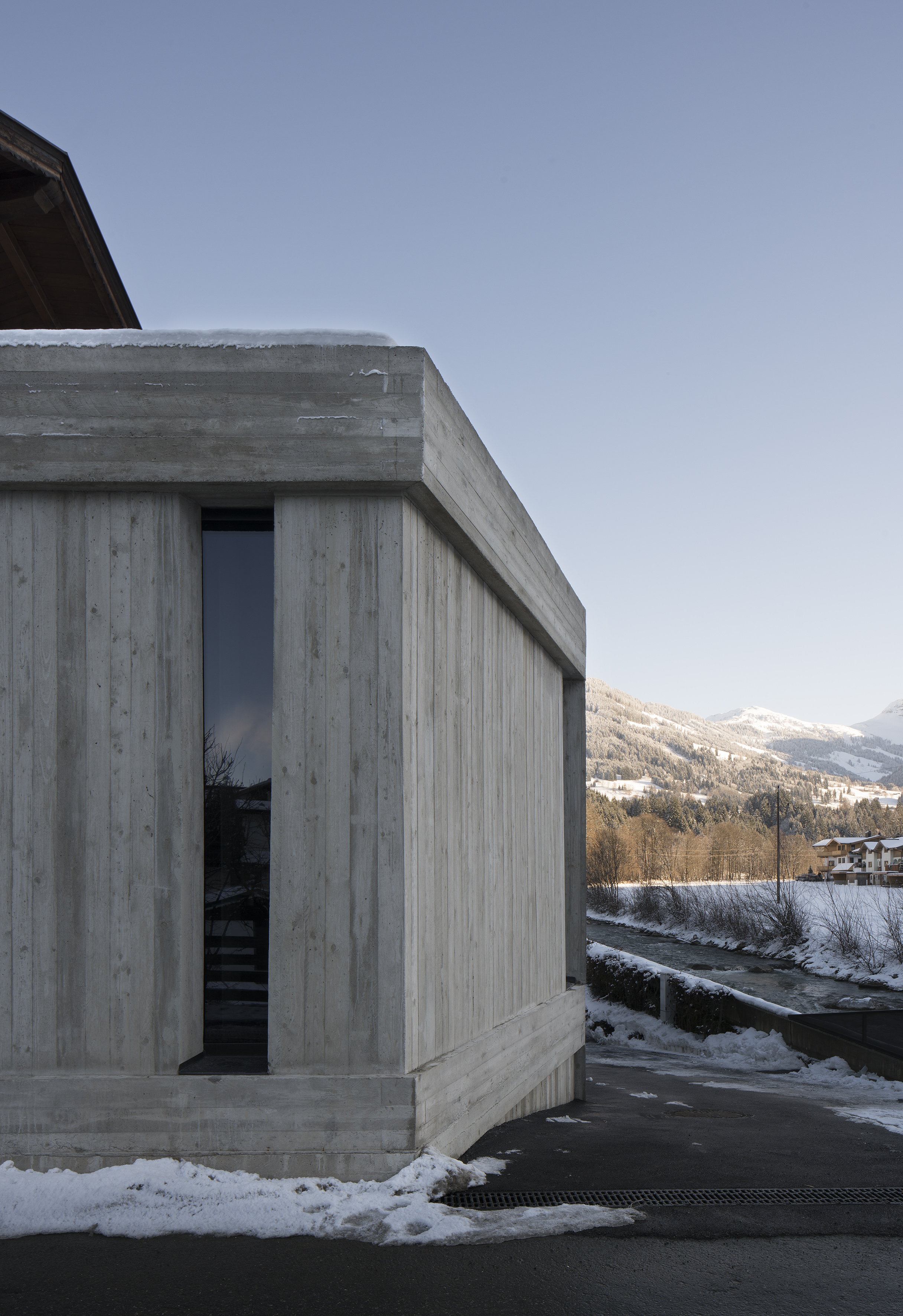 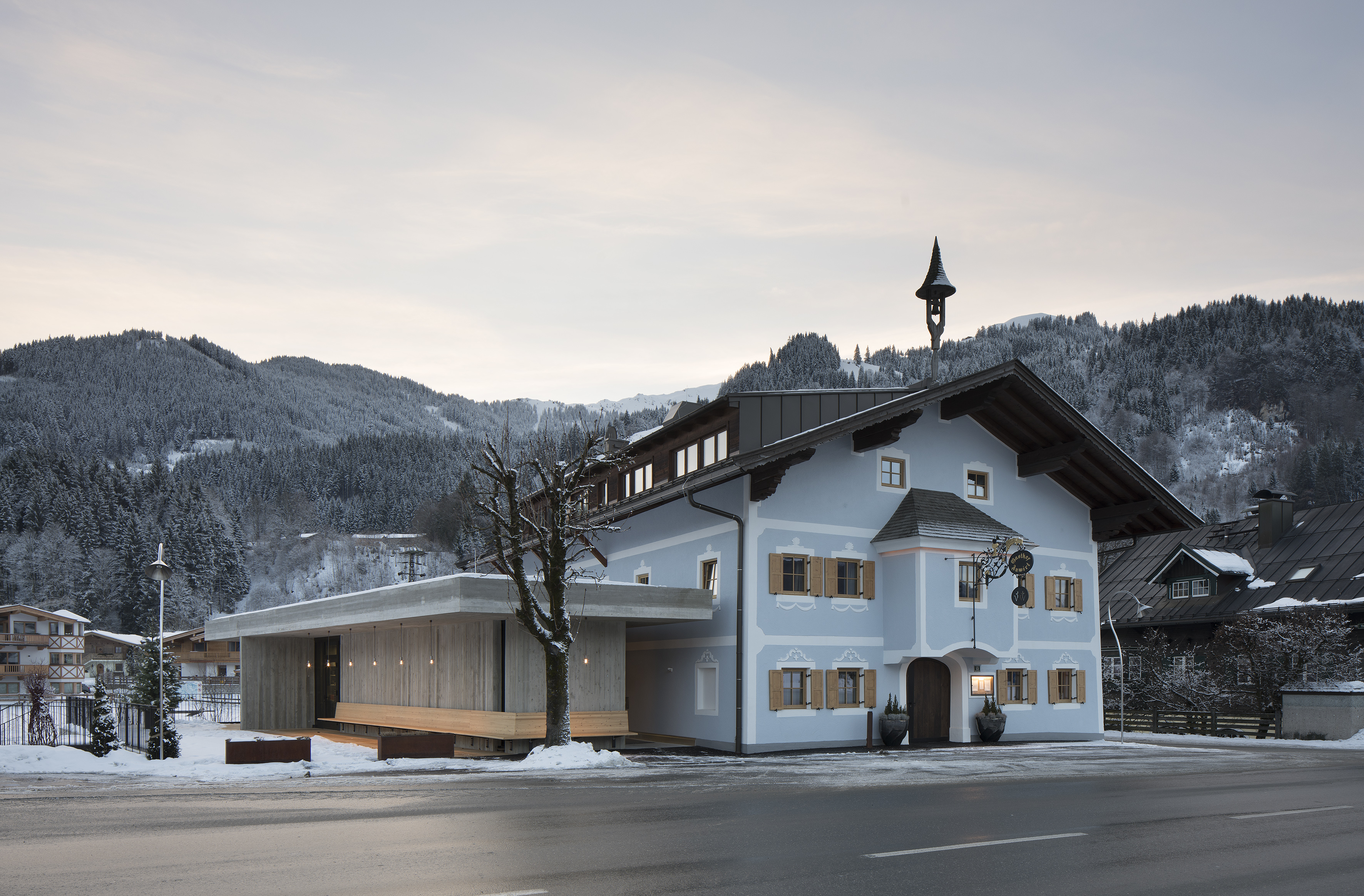 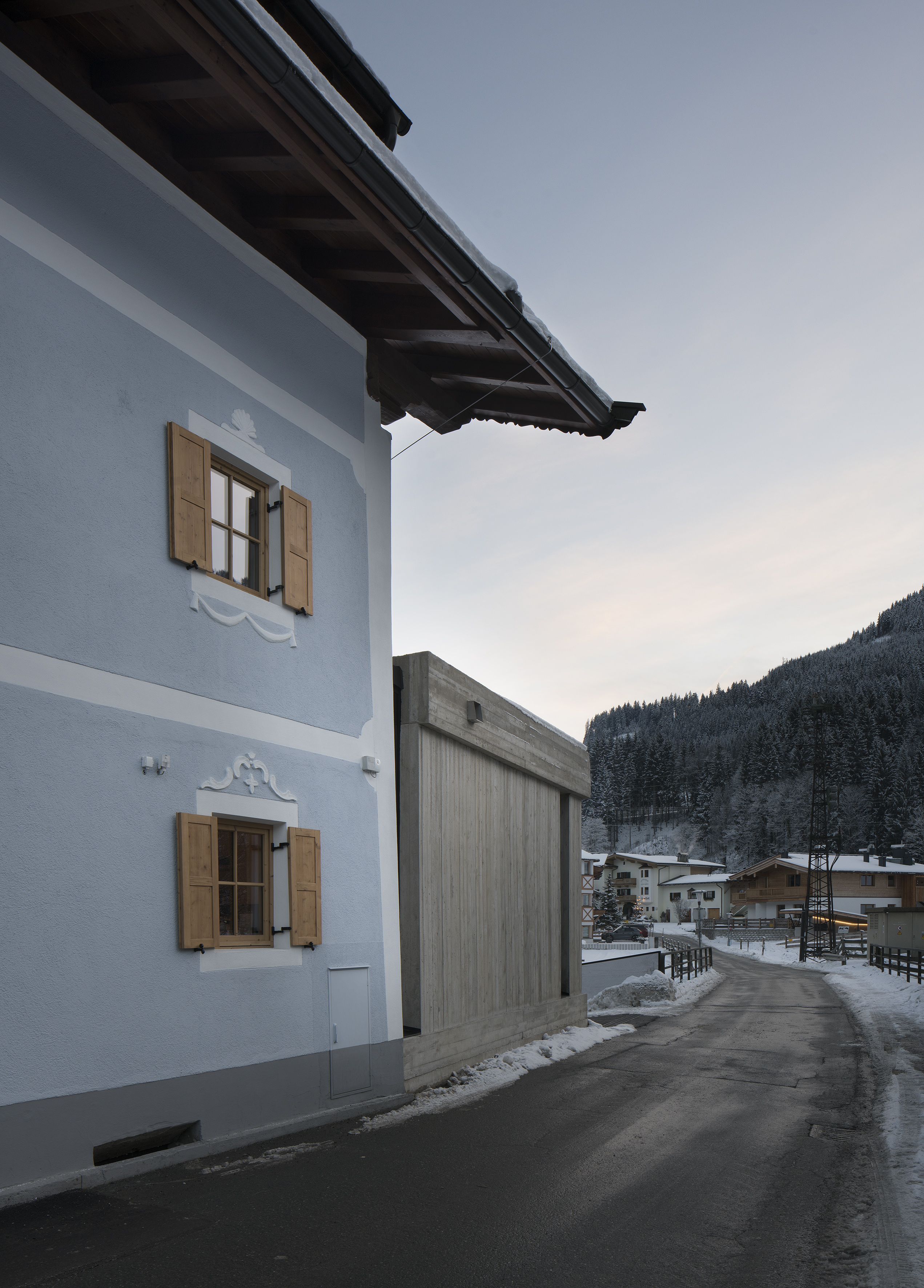 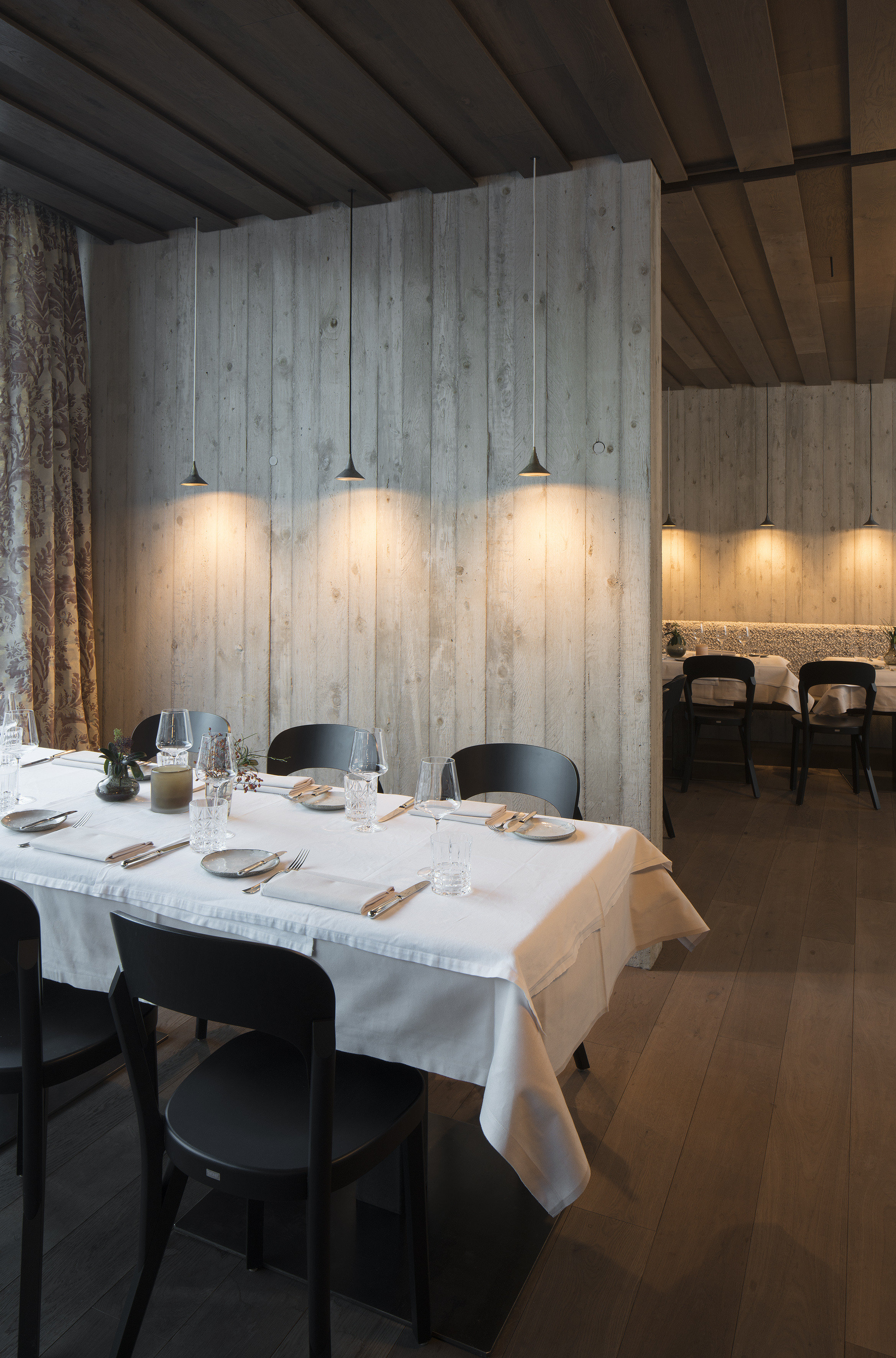 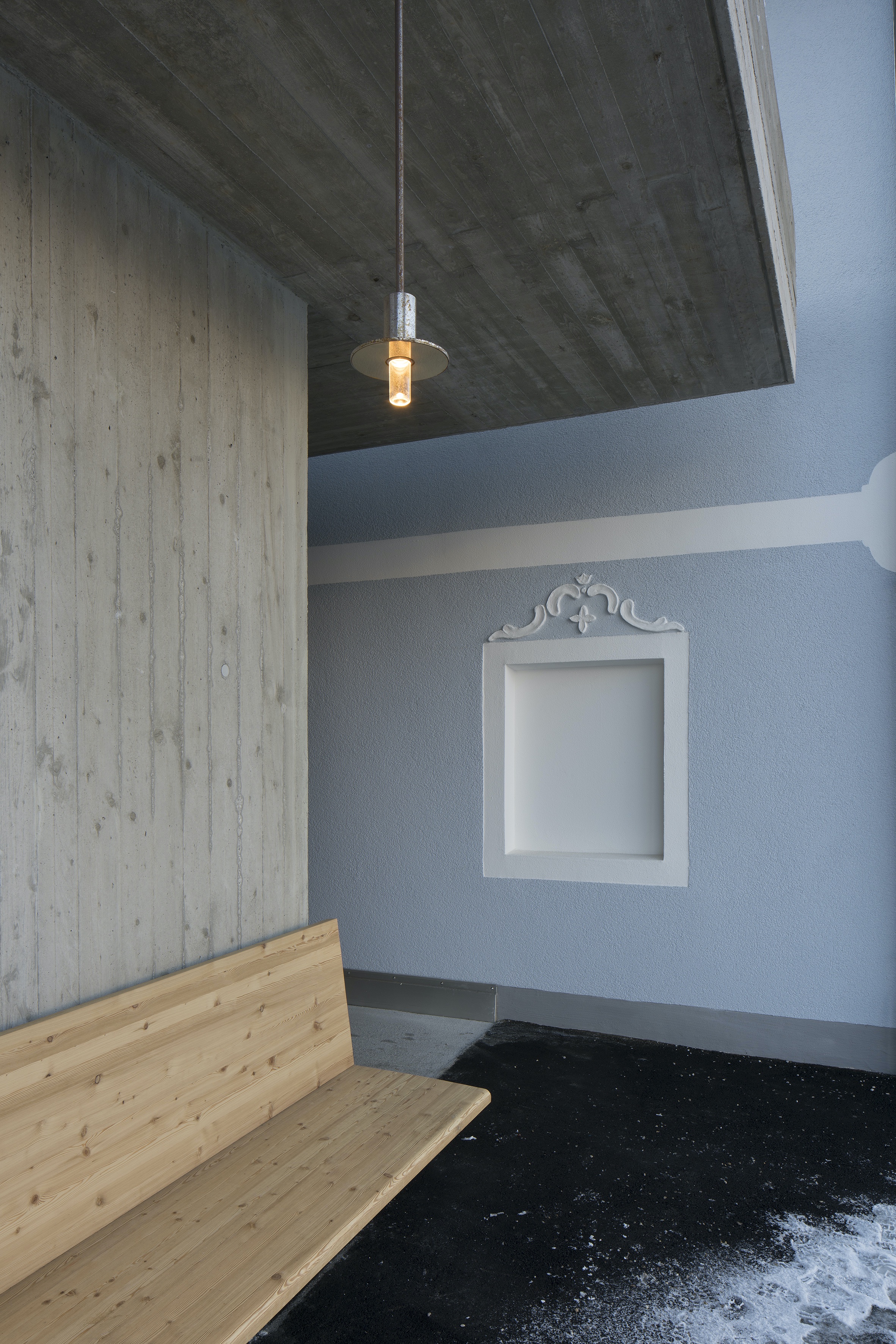 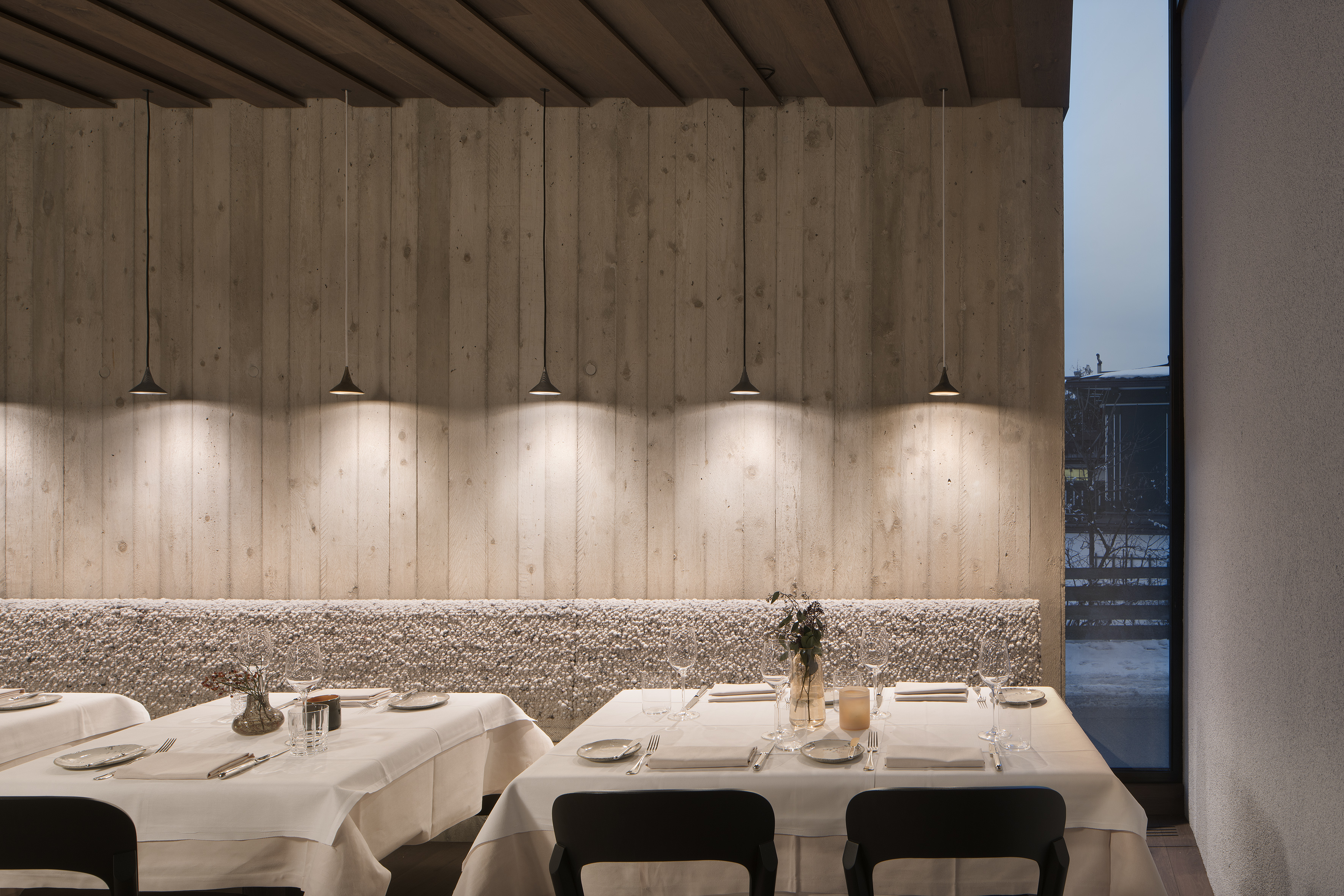 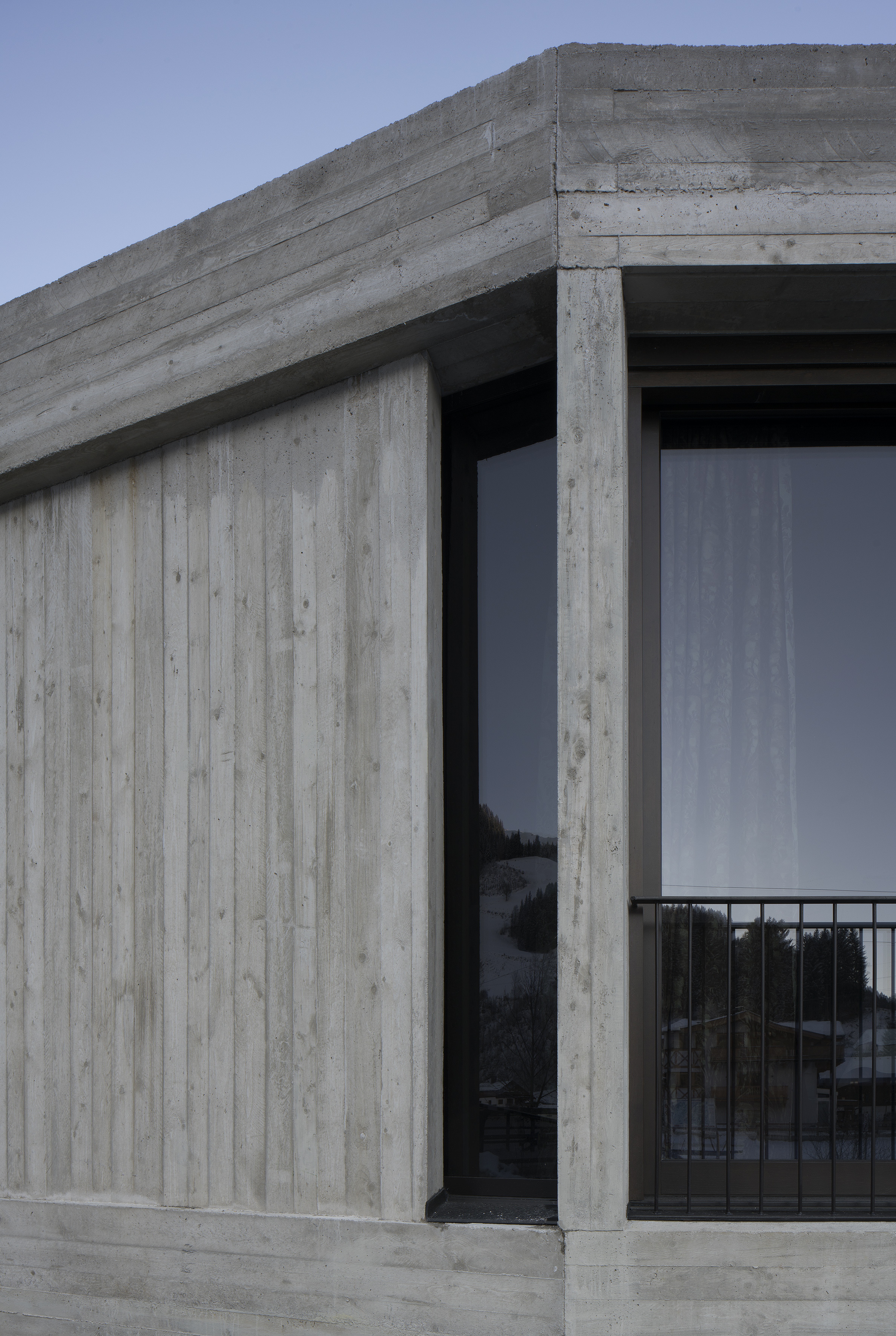 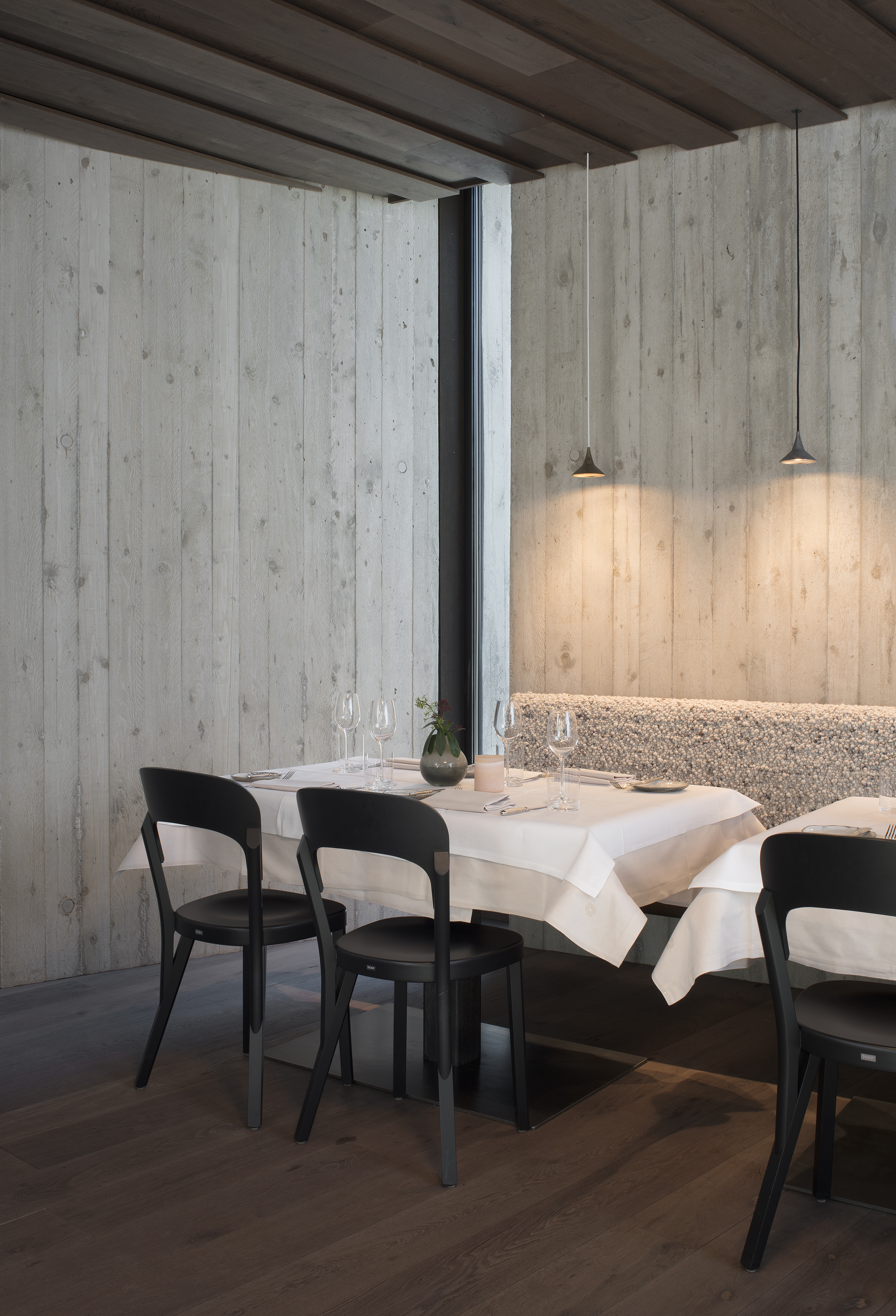 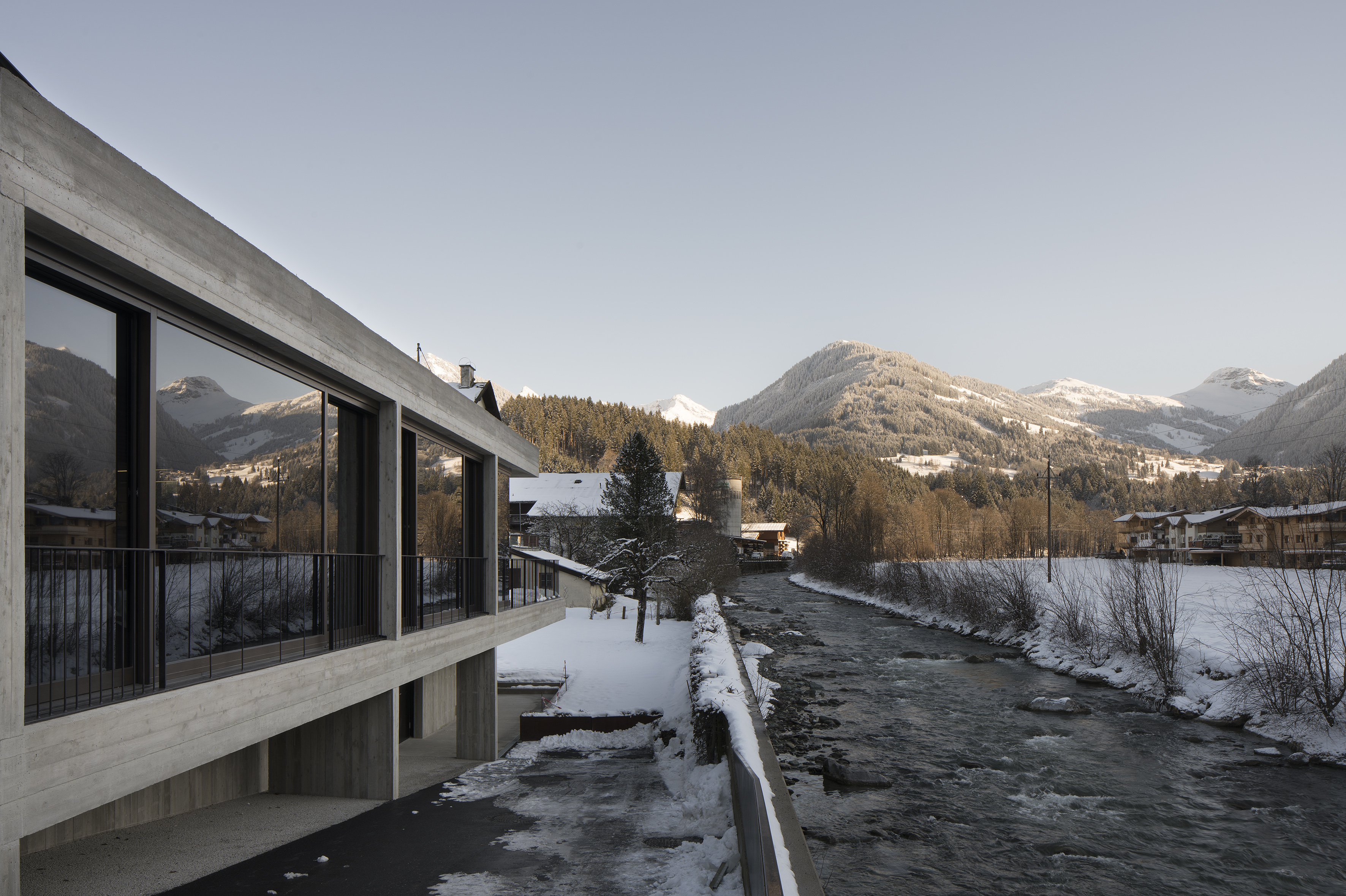 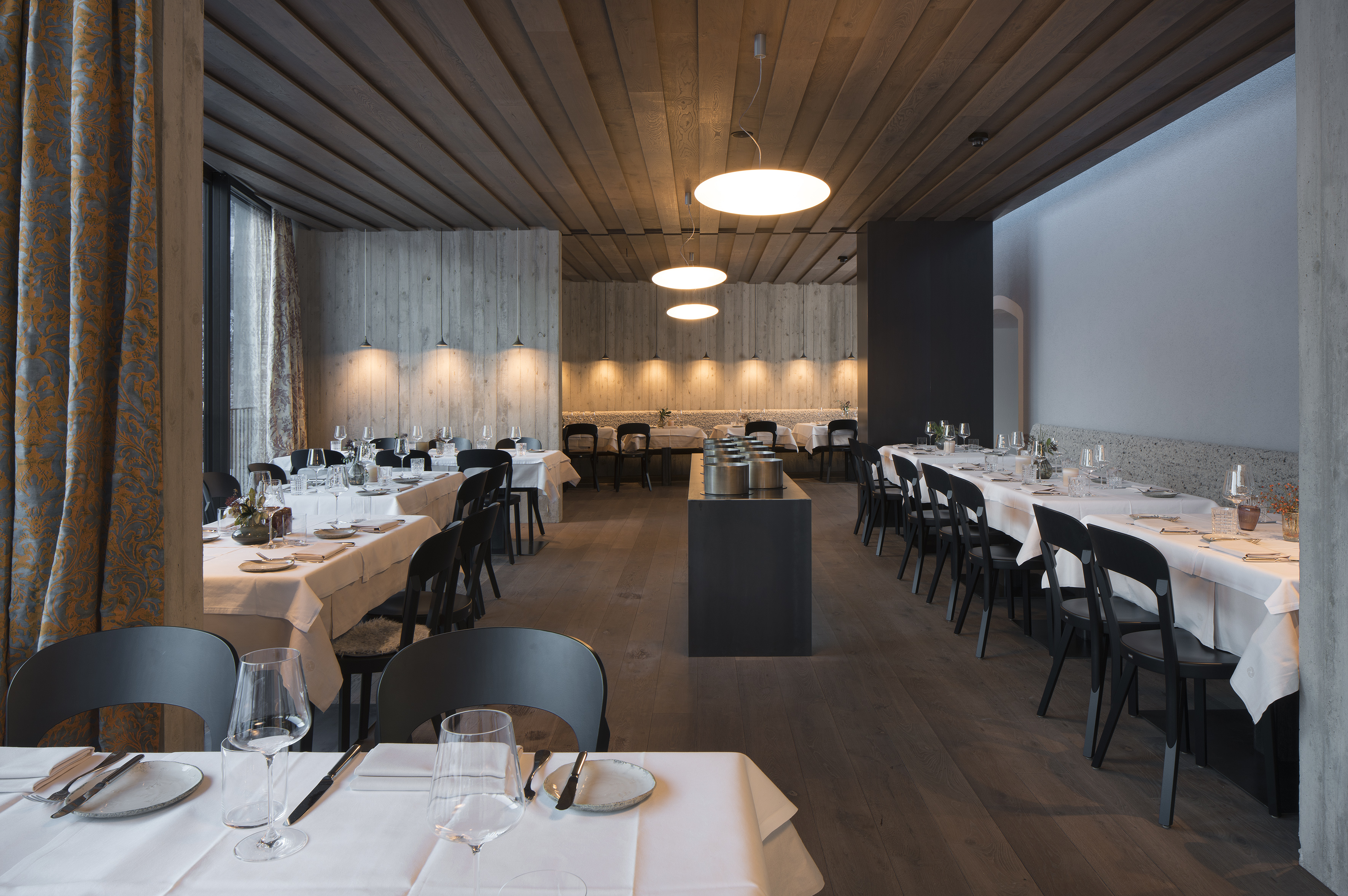 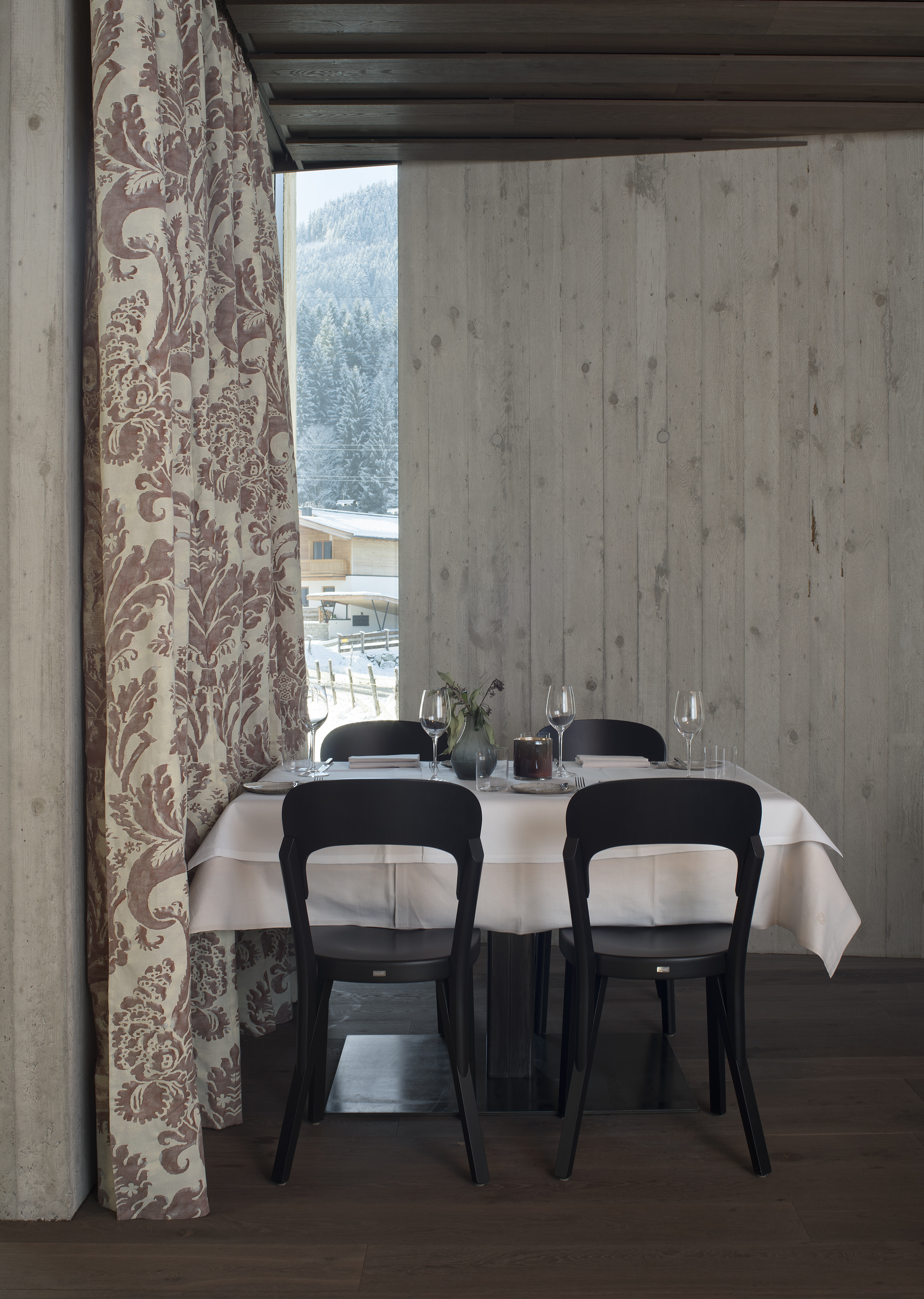 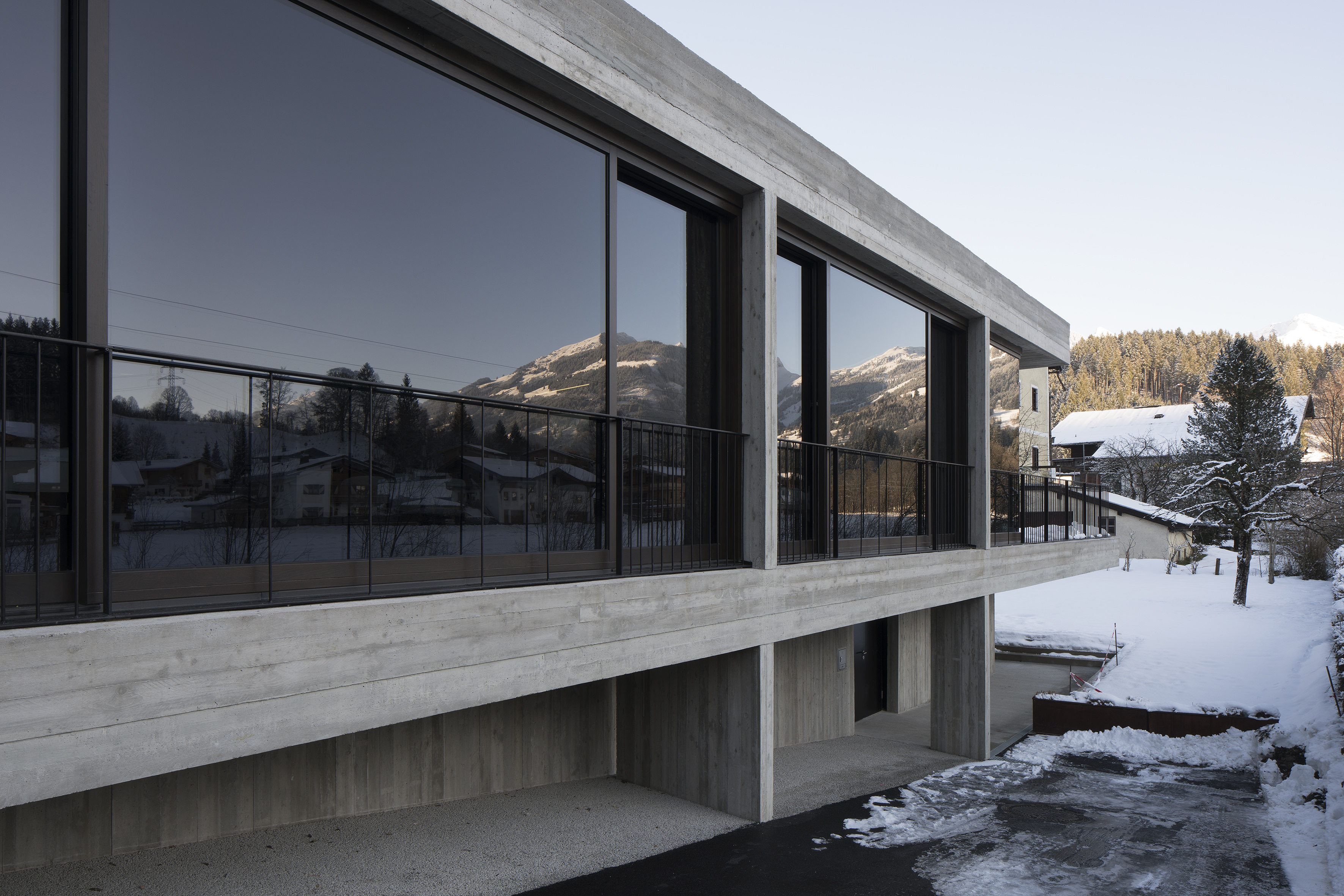 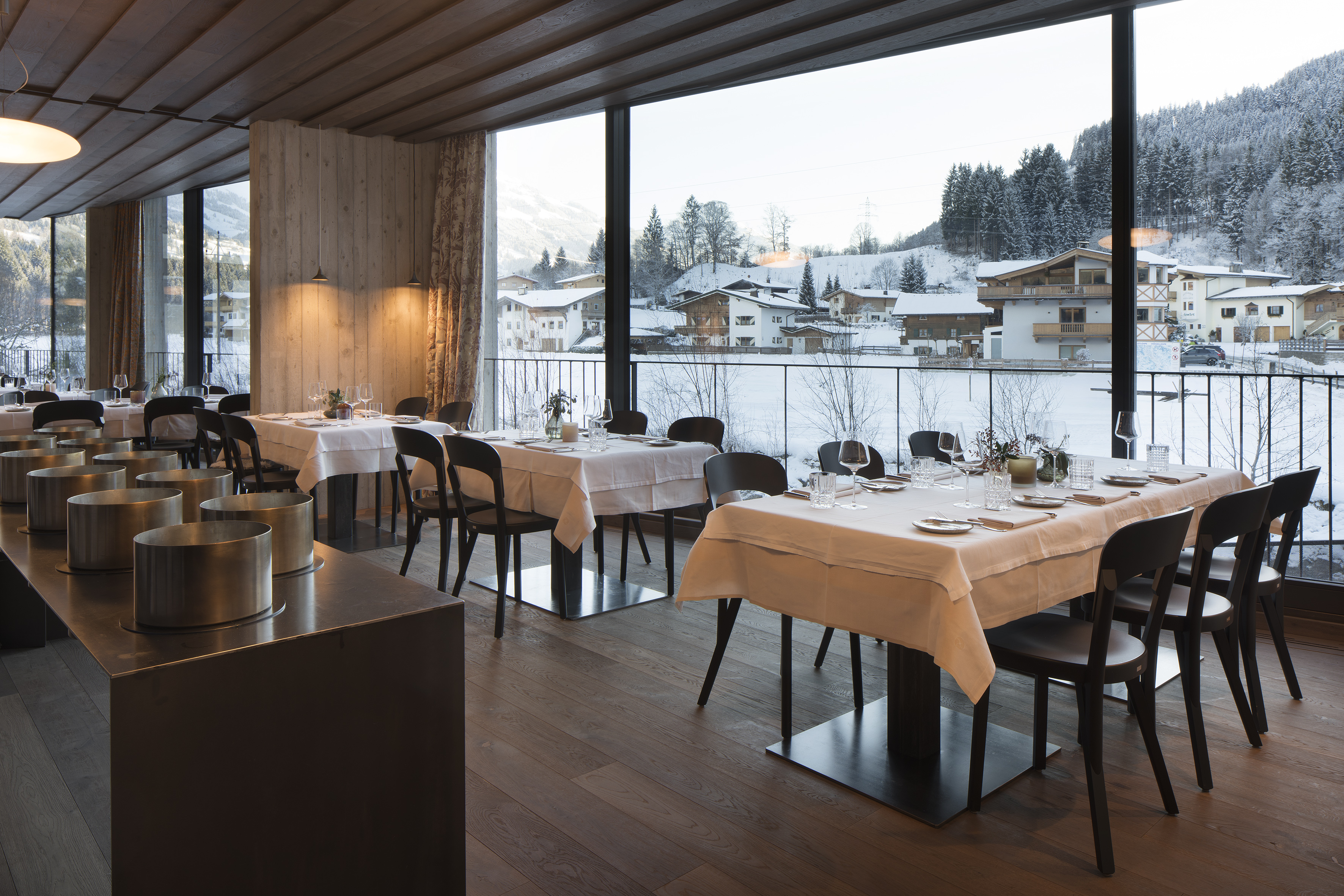 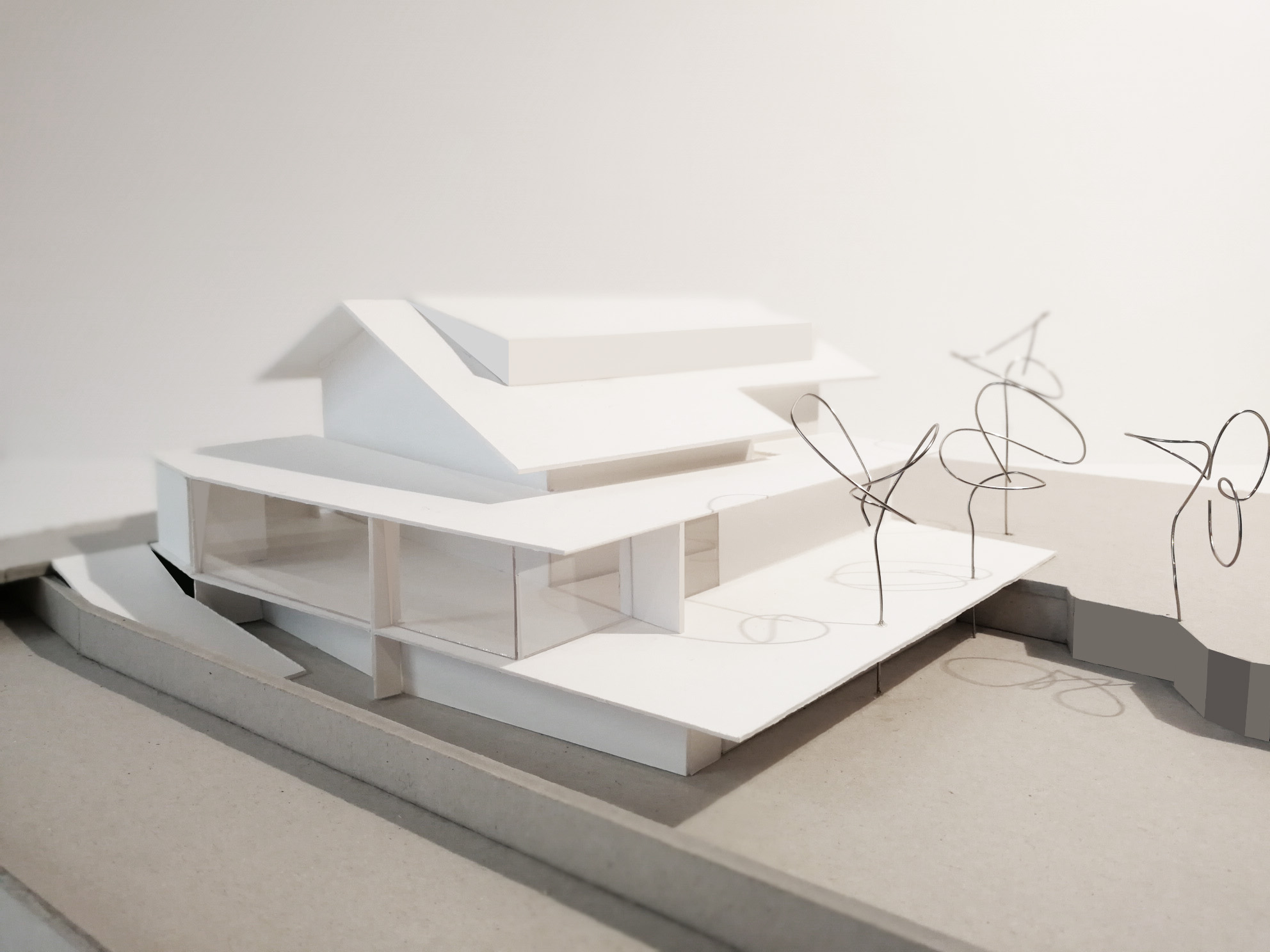 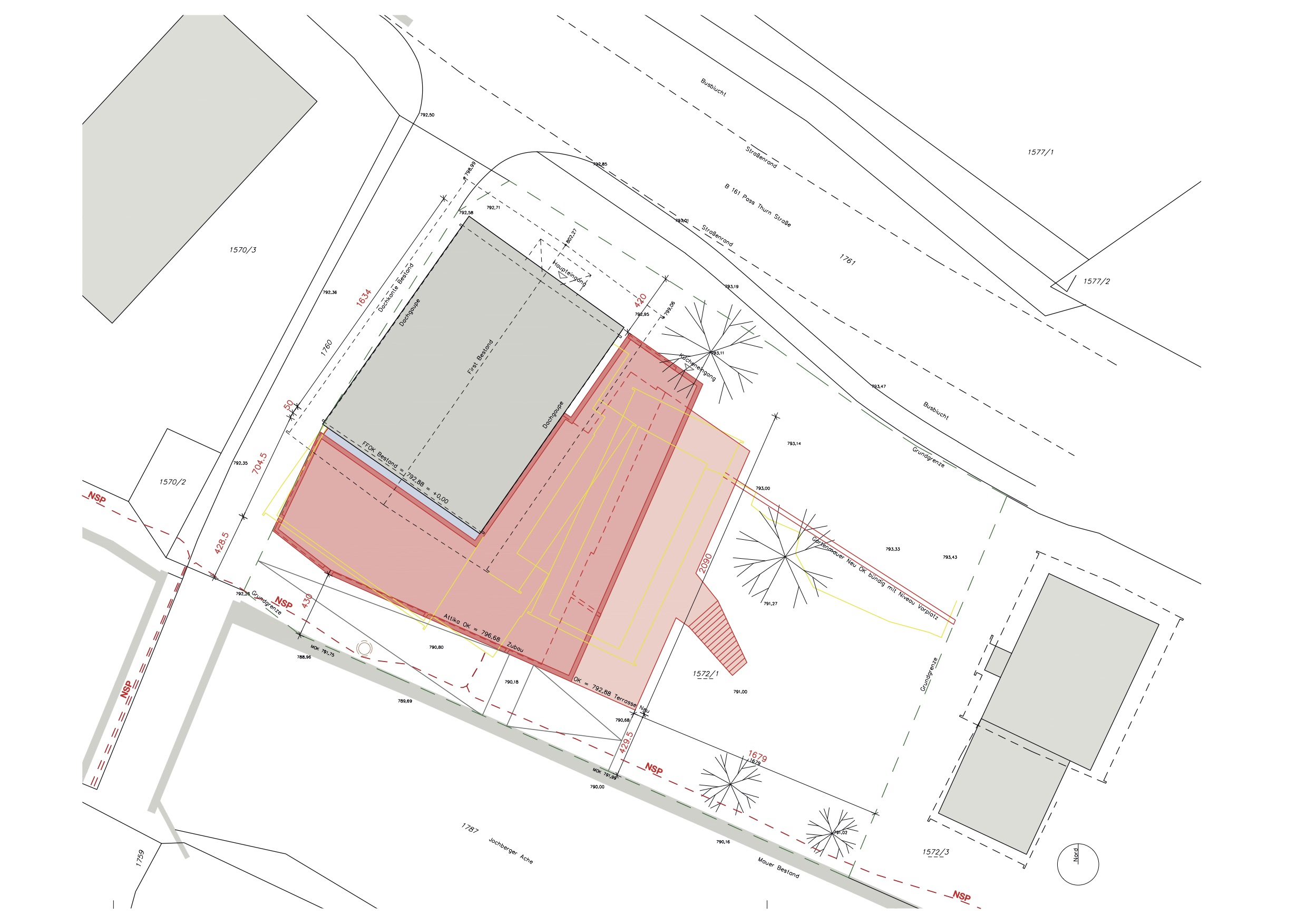 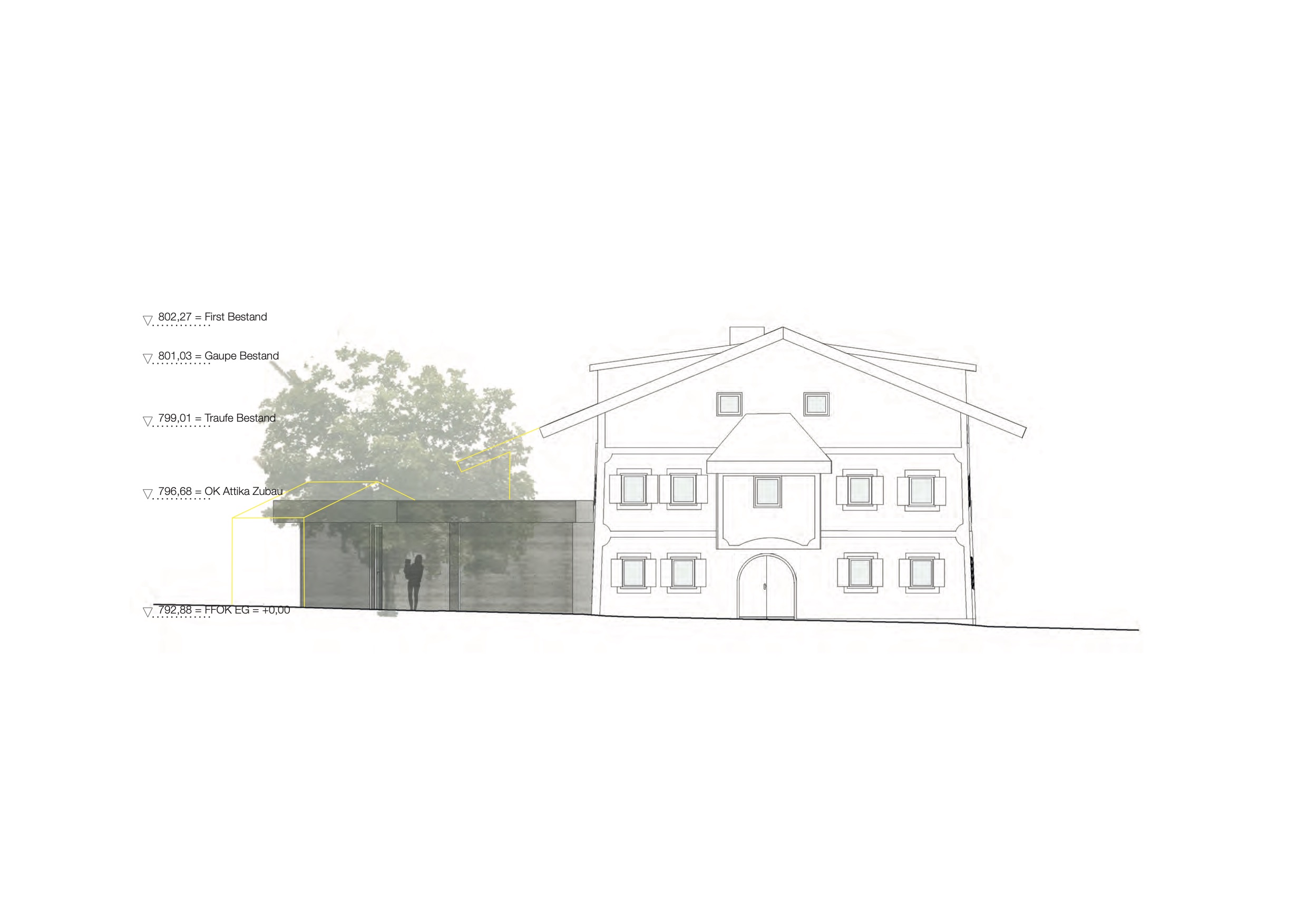 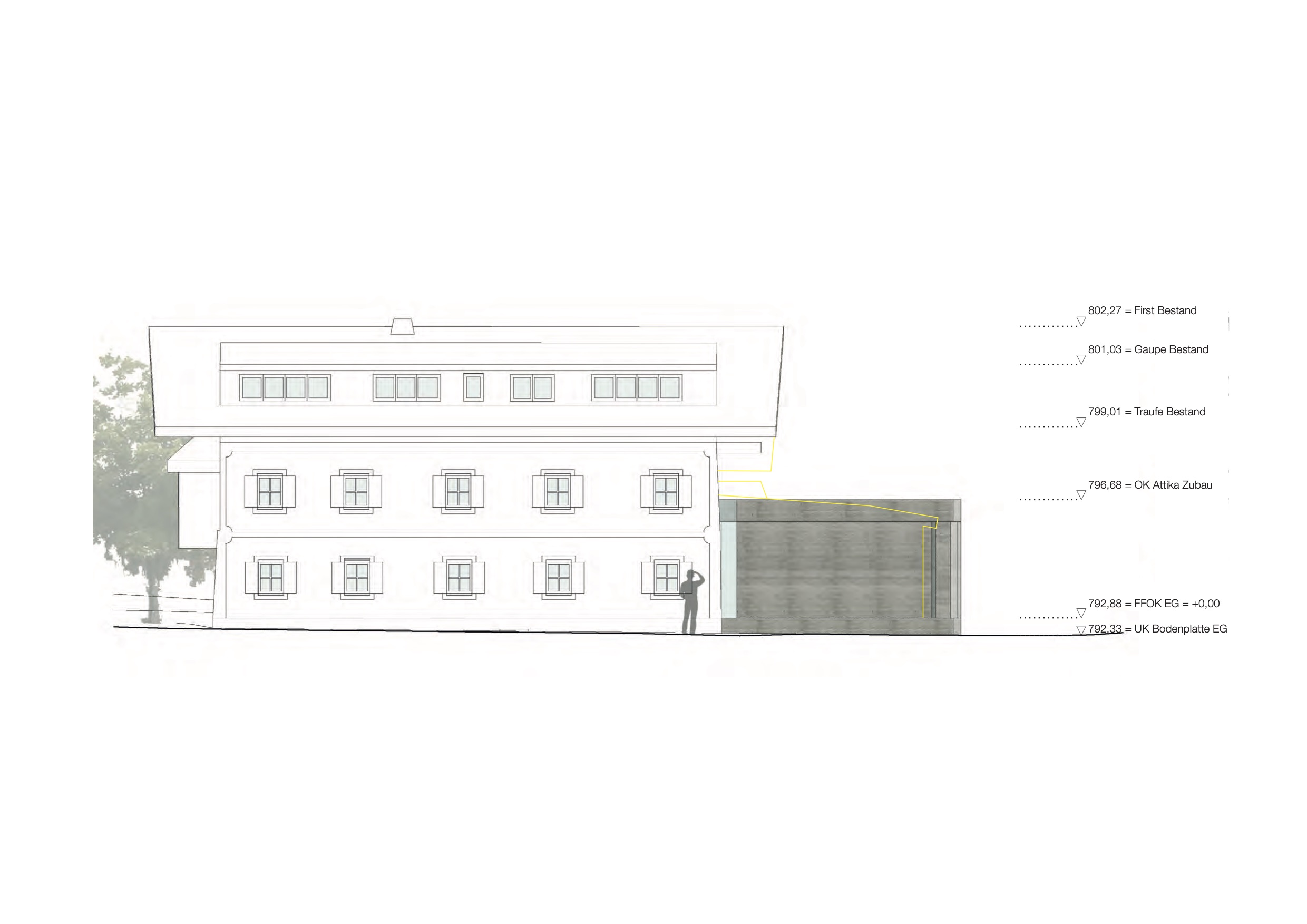